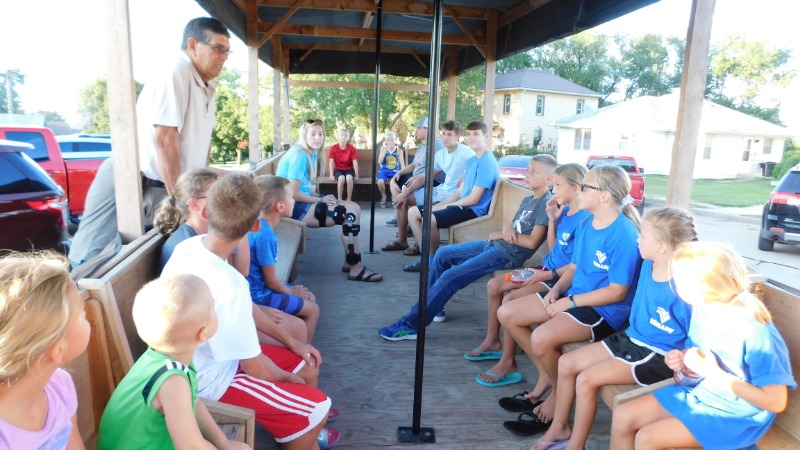 Howells-Dodge FCCLA Officers and members assisted at the 2019 Howells Knights of Columbus Steak Fry on Sunday, August 10.  FCCLA members helped supervise the children who attended the event as they played outside.  They also rode with the children on a trolley ride around Howells and watched the children during their stop at the playground.  Craig Coufal pulled the trolley using an antique tractor.  Grand Knight Ron Coufal presented FCCLA President Kyle Pickhinke with a $200 donation for the Howells-Dodge FCCLA Chapter during the evening.  Those members who assisted were:  Kyle Pickhinke, Darrin Pokorny, Luke Rocheford, Alex Recker, Grace Kreikemeier, Madyson Cech, and Riley Pokorny. 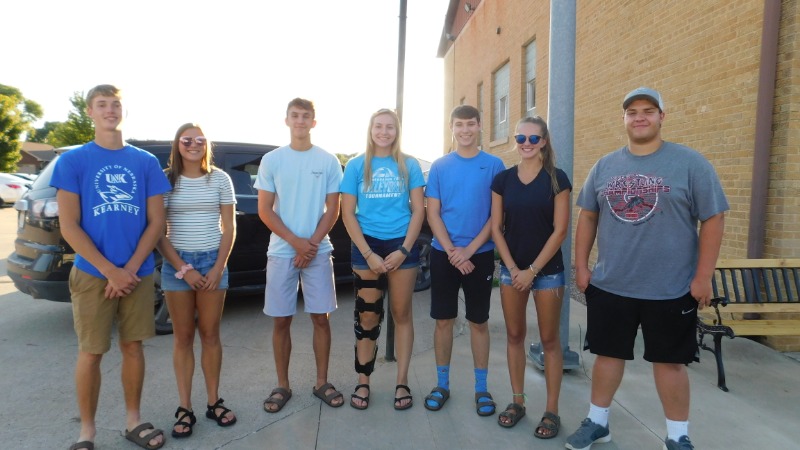 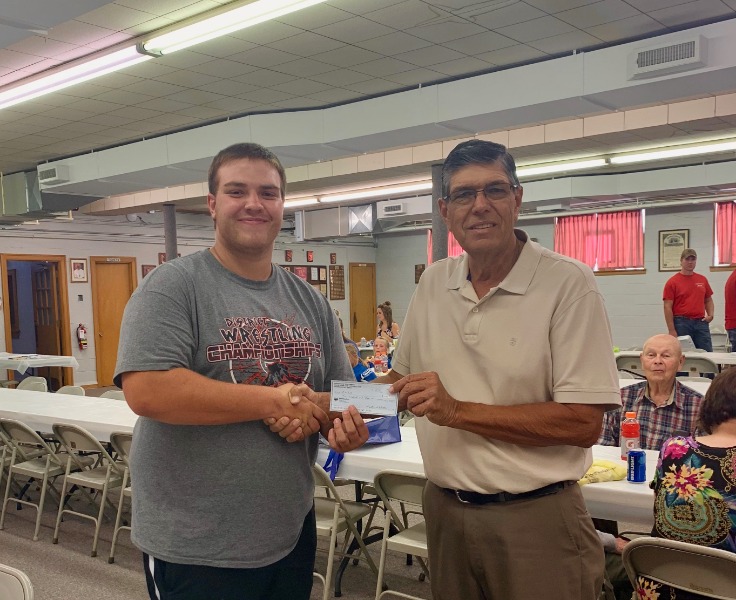