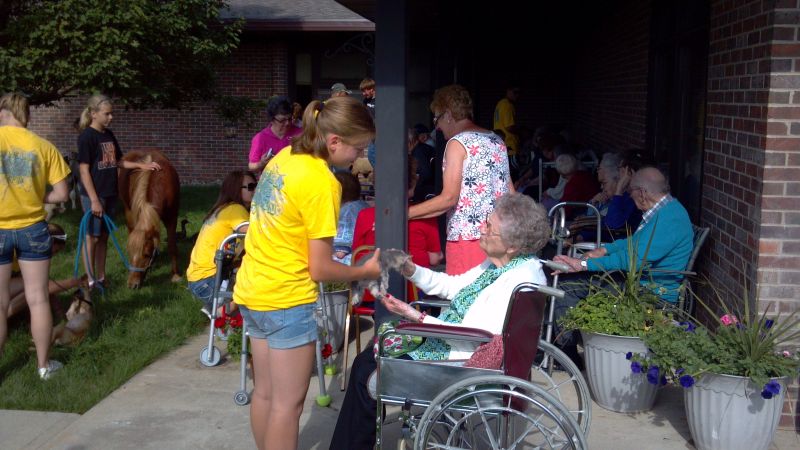 On June 7th members of the Howells-Dodge-Clarkson FFA Chapter loaded up farm animals and took them on their traveling barnyard.  The first stop was at Parkview Home in Dodge.  Residents enjoyed the many small animals as well as a small pony and a llama.  From Dodge the animals were taken to the Golden Living Center in Clarkson for the next stop of the day.  Once again residents were excited to have the opportunity to interact with many of the animals that most raised on their family farms.  Members of the chapter were told of many stories about raising livestock by residents and answered questions about the animals that they brought.  The next leg of the journey took the FFA Chapter to Norfolk where they stopped at the Norfolk Veterans Home.

Over 300 people attended the barnyard at the Norfolk Veterans Home. 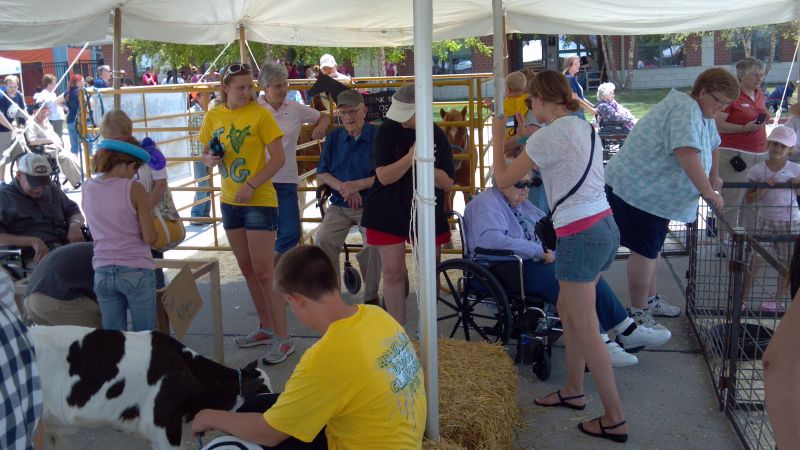 Launch the media gallery 2 player
Over 300 people attended the barnyard at the Norfolk Veterans Home.
Camp was set up under a tent and the animals were swarmed with curious spectators.  Residents as well as family members enjoyed holding an petting the animals all afternoon.

Students that provided animals for the barnyard included:

A special thanks to Carmen Pieper and Clark Belina that provided fainting goats and for Garrett Ruskamp for providing the pick-up and trailer for the day to transport animals.