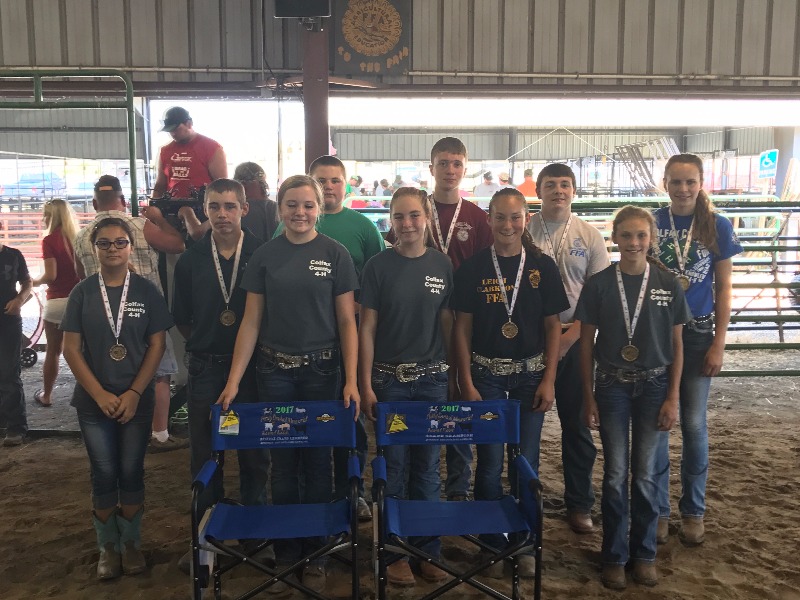 Abigail Lutjelusche of Leigh and Katelyn Steffensmeier of Howells claimed the top two spots at the 18th annual Patty Dostal Memorial Round Robin Showmanship Contest held in Leigh during the Colfax County Fair.  Lutjelusche, the top showman in the 4-H sheep showmanship contest tallied the highest score in the overall round robin contest to take top honors.  The contest which is organized by the Howells-Dodge FFA Chapter and sponsored by the Dostal (Keith) Family invites the winning showman in each species of 4-H and FFA to compete in the round robin event which includes showing beef cattle, sheep, goats, swine, and dairy cattle.

Other results from the contest include: