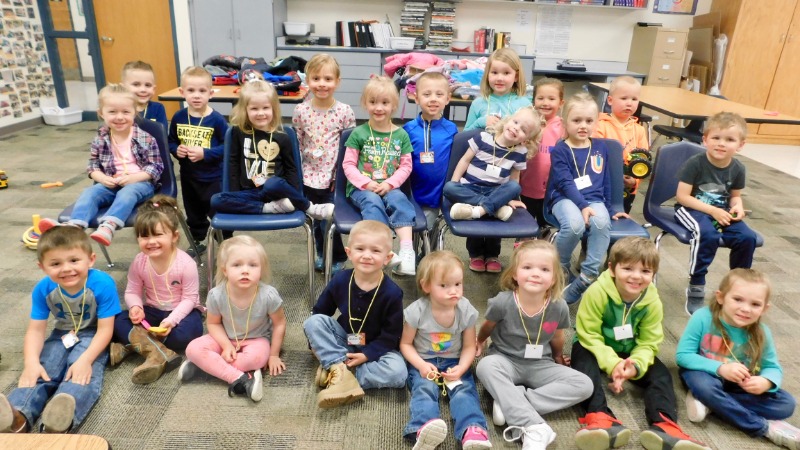 Twenty-three children attended the Nursery School held April 29 – May 3 at Howells-Dodge Consolidated Schools from 1:15 – 3:15 p.m.  Each day activities focused on a different theme.  On April 29, the children learned more about colors.  April 30 the focus was the alphabet.  On May 1, shapes were discussed.  Thursday, May 2  was all about animals.  On May 3, activities centered on numbers.  Learning activities, games, songs, art activities, stories, and snacks for the week were planned by students in the afternoon FCS classes.