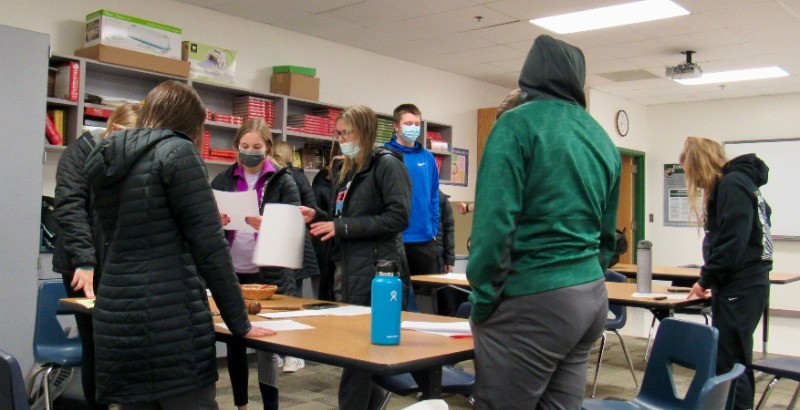 The Howells-Dodge FCCLA Chapter met on Monday, January 11 at 7:00 p.m.  President Jill Grovijohn called the meeting to order following the opening ceremony.  Lexie Brester gave the secretary and treasurer reports.  Members were thanked for their help with the chapter’s December activities.

Old business included discussion of the virtual District STAR Events.  The Parliamentary Procedure event will be held live on January 25.  All other events will need to be submitted by

February 3.  Information about the virtual format was discussed.  Seniors were reminded about FCCLA scholarships which are due February 1.  Forms can be accessed at www.nebraskafccla.org.

New business included the concession stand for the Howells-Dodge vs. Tekamah-Herman basketball game on Friday, January 22 in Dodge beginning at 4:00 p.m. and the upcoming virtual State FCCLA Peer Education Conference planned for January 22.

The meeting was adjourned.  Cassie Pieper gave out door prizes to Justenne Carstens, Jayda Bazata and Jill Grovijohn.  Snacks were provided by the sophomore members.