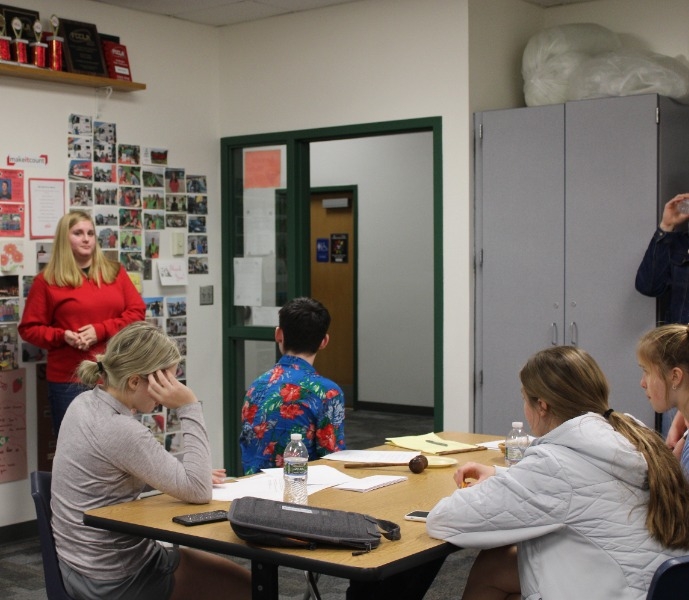 Following the opening ceremony, Vice President Landon Dobbins called the meeting to order. The treasurer’s report was given by Abbey Pieper.  Members were thanked for their help with December activities.  Also discussed was the upcoming District 5 STAR Events Contest on Wednesday, January 26 in Leigh.  Seniors were reminded about FCCLA scholarships that are due in Lincoln by Feb. 1.

New business included discussion of the State FCCLA Peer Education Conference on Feb. 27-28 in Kearney.  FCCLA Week is February 14-18 and activities were planned for each day.  Brady Lund is the Nebraska FCCLA Member of the Month and the Howells-Dodge Chapter is the Nebraska FCCLA Chapter of the Month.  The meeting was adjourned.  Lilly Praest presented door prizes to Amy Praest, Gage Stutzman, Natalie Pieper and Rylan Nelson.  Lunch was provided by the sophomore members. 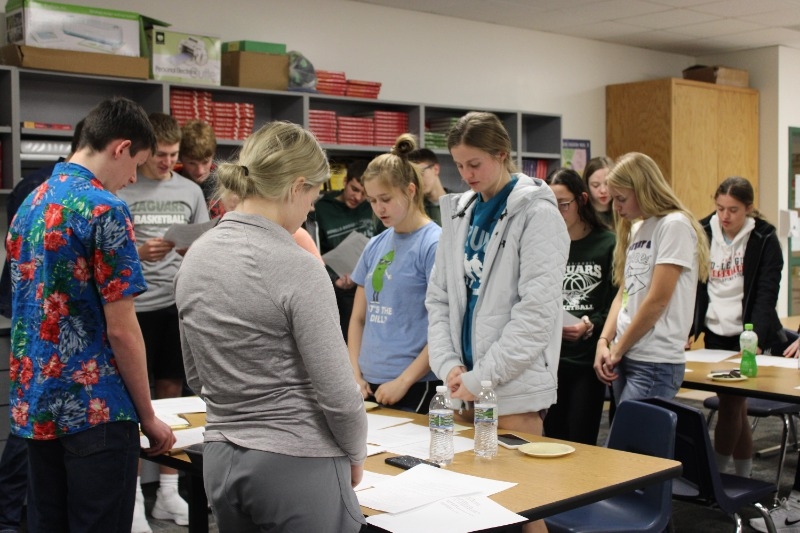 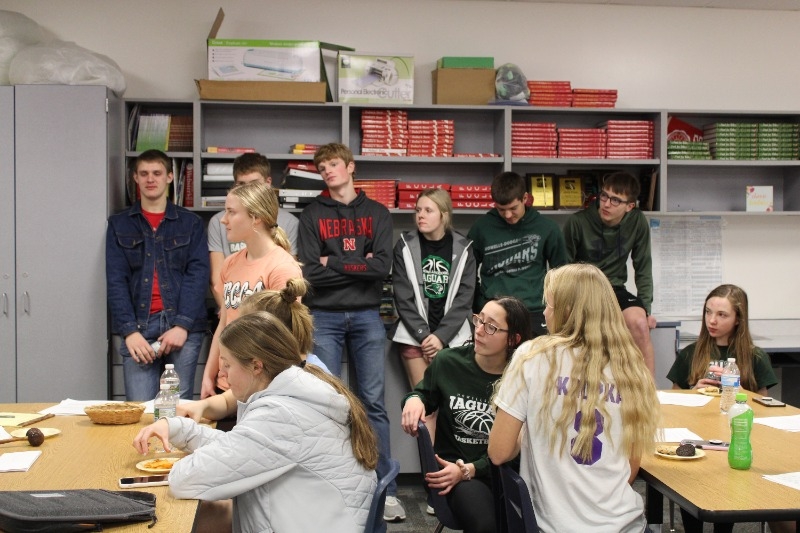