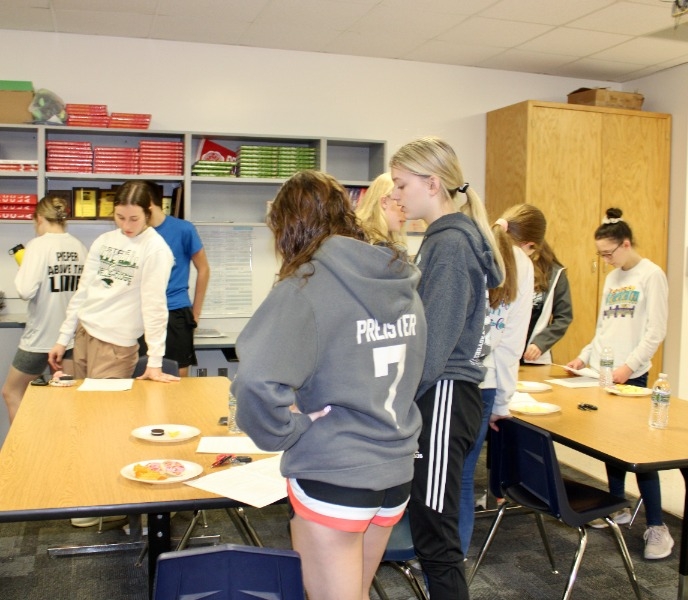 The Howells-Dodge FCCLA Chapter had their March meeting on Tuesday, March 1 at 7:00 p.m.  President Brady Lund called the meeting to order following the opening ceremony.  FCCLA members were thanked for their help in making FCCLA Week a success.  They were also congratulated for the awards our chapter received at the Peer Education Conference in Kearney.

The 2022 State FCCLA Leadership Conference was discussed.  It will be held on April 3 - 5 in Lincoln.  The conference times, activities, and dress code were announced.  The FCCLA Adopt-A-Grandparent Program will be held on Tuesday, March 22 at 7:00 p.m.

The FFA-FCCLA Banquet will be held on April 25 at 6:30 p.m.  The seniors will be in charge of planning.  The meeting was adjourned. Door prize winners were Blair Fiala, Rylan Nelson, Hailey Knapp and Brady Lund.  Snacks were provided by the chapter.