Twenty-five Seniors Graduate from HDC on May 14

Graduation was held at Howells-Dodge Consolidated Schools on Saturday, May 14 at 4:30 p.m.  As the seniors entered the gym led by Blair Fiala and Jestin Bayer, "Pomp and Circumstance" was played by Wayne Molacek and the juniors lit the way with candles.  Class Vice President Kennady Schmidt gave the welcome.  Principal Jordan Brabec introduced the class salutatorian Lilly Praest and her speech followed.  The class valedictorian was Abby Vogel.  She was introduced by Mr. Brabec and she then shared her speech with the audience.  Guidance Counselor Pam Bazata announced the scholarship awards that were received by the seniors as Superintendent Mark Ernst presented their scholarships to each student.  The seniors then presented a rose to their parents during the senior tribute.  The senior slideshow, created by Brooklyn Macholan, was shown next.  Superintendent Ernst then announced the seniors as Board President Heather Macholan gave them their diplomas.  Class President Brooklyn Macholan led the turning of the tassels as she presented the graduating class of 2022. 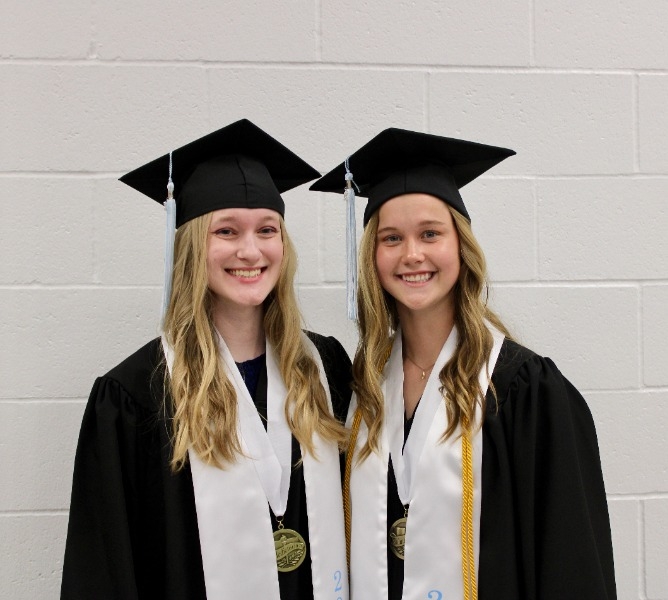 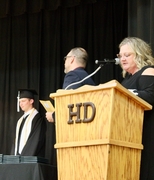 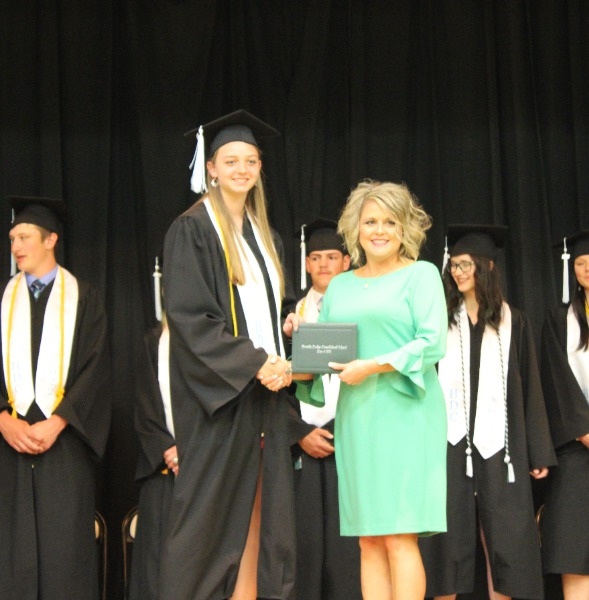 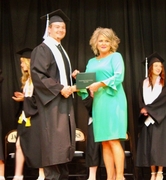