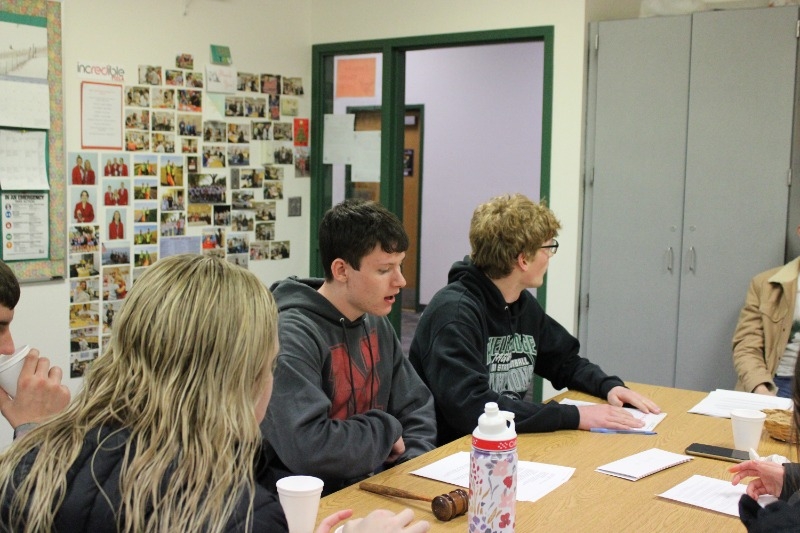 During discussion of old business, members were thanked for their help with the Christmas Party, Santa letters, the FCCLA Babysitting Service, concession stand and food drive. District STAR Events are Wednesday, January 25 in Humphrey at 9:00 a.m.  Members were reminded about STAR Event work times and dress for the conference.  Applications for most FCCLA Scholarships are due by February 1 and are available at www.nebraskafccla.org.  A seat belt follow-up survey and recycling were discussed.

The FCCLA State Peer Education Conference is Monday, Feb. 27 in Kearney.  Those attending will leave Sunday afternoon and return in the evening on Feb. 27. Plans were made for FCCLA Week February 13-17.  The meeting was adjourned following the closing ceremony.  Door prizes were received by Taylor Steffensmeier, Connor Kreikemeier and Dane Meyer.  Lunch was provided by the sophomore members. 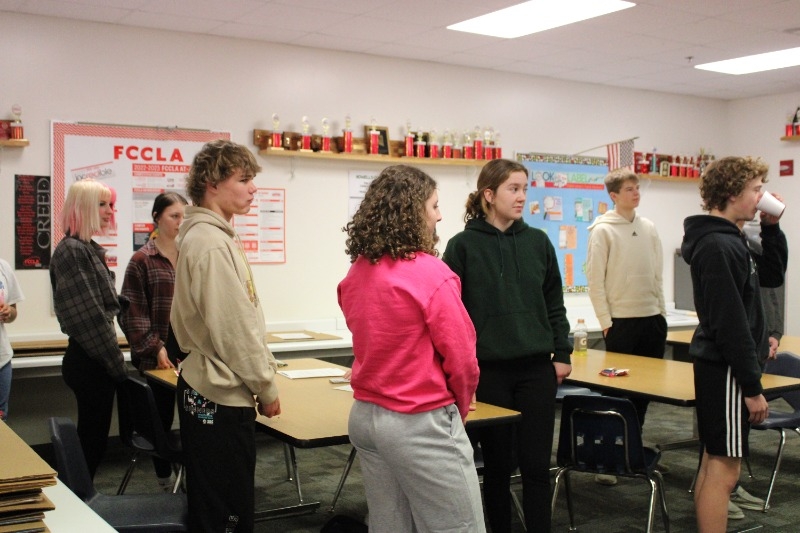