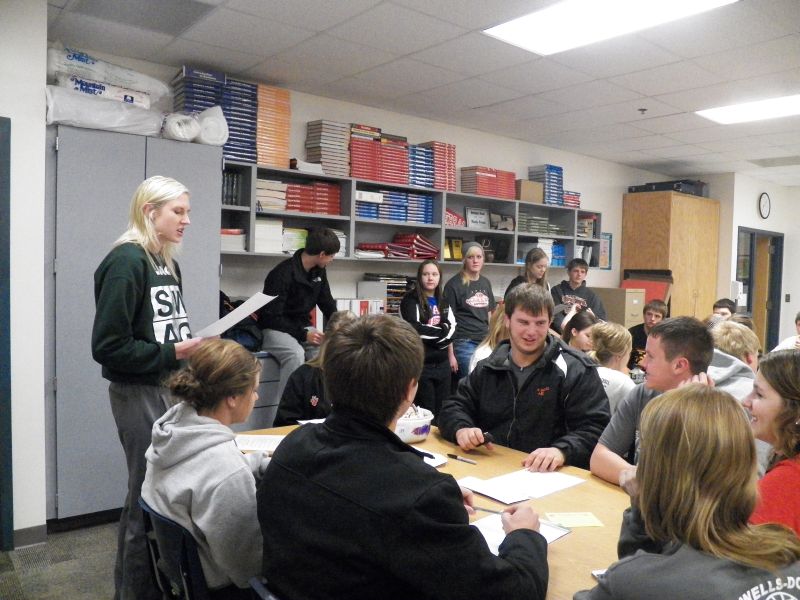 The Howells-Dodge-Clarkson FCCLA Chapter met on Tuesday, November 13 at 7:00 p.m. at Howells High School.  Following the opening ceremony, Howells President Haley Kampschnieder called the meeting to order.  Members were thanked for their excellent participation at District Leadership Conference, for assisting at the concession stand, and for the outstanding job of selling for the FCCLA Food Sales fundraiser.  FCCLA STAR Events will be on Wed., Jan. 23 at Newman Grove High School.  Members were reminded to continue working on their events.  The top salespersons for the FCCLA Food Sales were recognized.

Chapter members signed a thank you letter for the very generous donation that they received from the Howells Q125 Committee.  The Adopt-A-Grandparent project was discussed.  The FCCLA Christmas Party is scheduled for Monday, December 3 in Howells at 8:00 p.m.  Members were reminded to bring their gift for the gift exchange.  Lunch Committee will be the Howells-Dodge sophomores.

The State FCCLA Leadership Conference T-shirt design contest was discussed.  The chapter will have the concession stand for the Lyons-Decatur Northeast basketball games on December 14. The FCCLA Babysitting Service will be held on Saturday, December 15.

Applications for the State Financial Fitness, Student Body or Families First Teams are due on December 15.  FCCLA Scholarships are available for seniors.  Forms are on-line at www.nebraskafccla.org.

Feed Nebraska, the state project was discussed.  The chapter will be doing a food drive from December 10-21 for this project.

The meeting was adjourned and door prizes were given to Tyler Polacek, Chris Palm, Jesse Faltys and Kaitlyn Dlouhy.   Lunch was served by the Howells-Dodge Juniors. 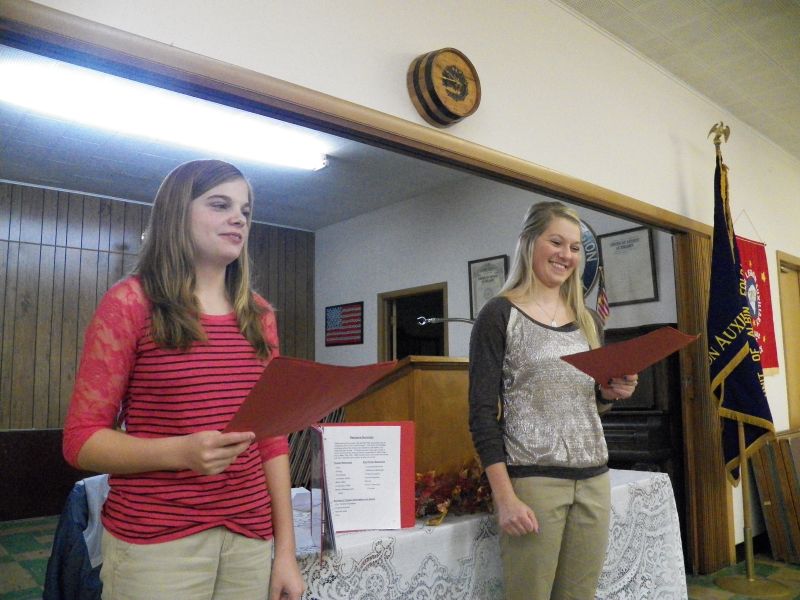