Howells-Dodge FCCLA Conducts Survey For Teens In The Driver Seat 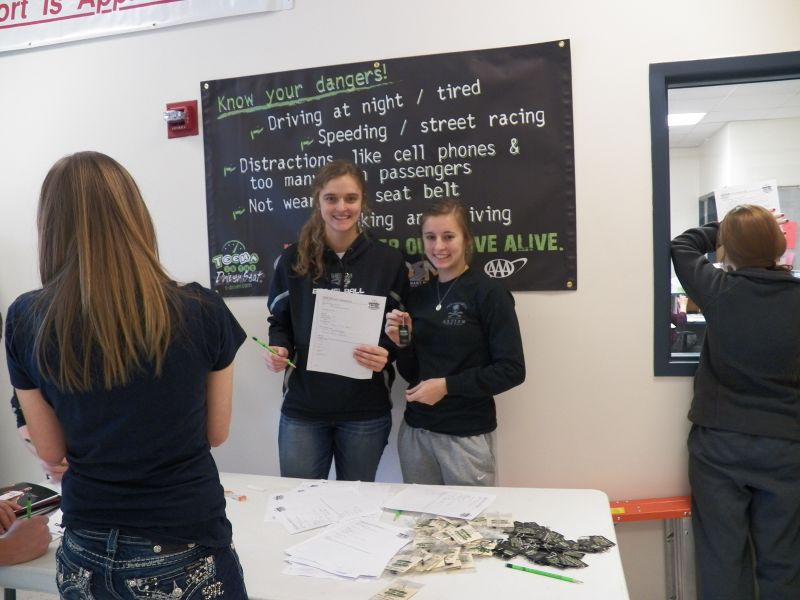 The Howells-Dodge FCCLA Chapter conducted a survey of teen driving experiences for their Teens in the Driver Seat project.  On Thursday, January 9, FCCLA officers gave high school students that opportunity to complete the survey during lunchtime.  The chapter also provided keychains, pencils, car air fresheners, and gum to those who participated.

The Teens in the Driver Seat project promotes safe driving and focuses on the dangers of driving at night, not wearing a seat belt, speeding and street racing, distractions, such as texting and phone use while driving, as well as drinking and driving.  The Howells-Dodge FCCLA is cooperating with the Nebraska Safety Council, whose mission is to help Nebraskans work, drive and live safe, for this project. 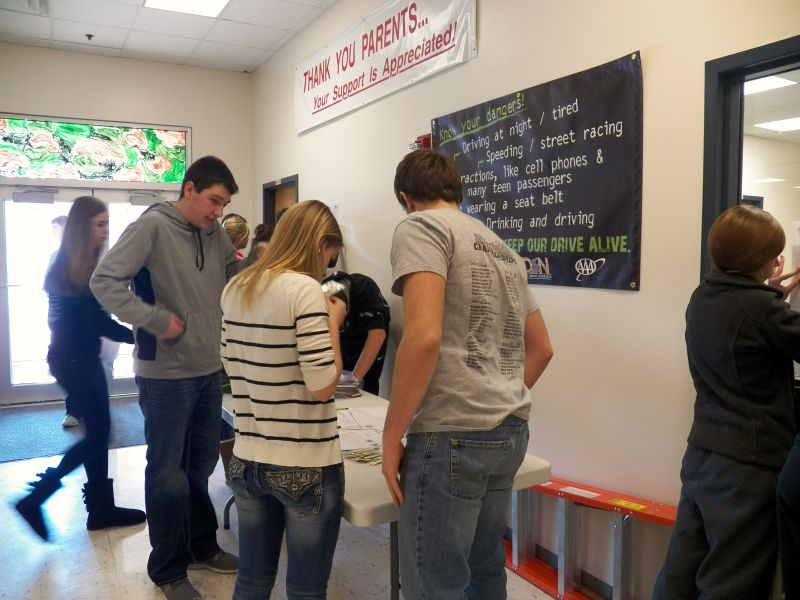 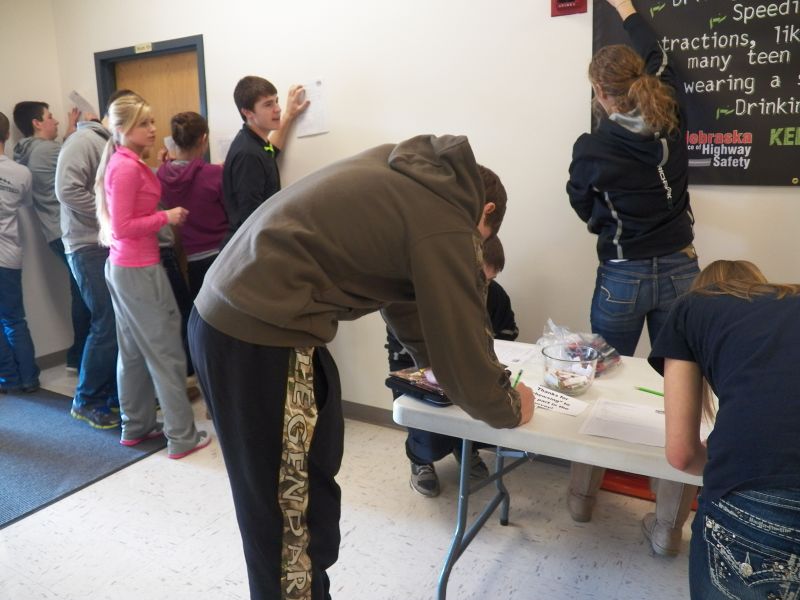