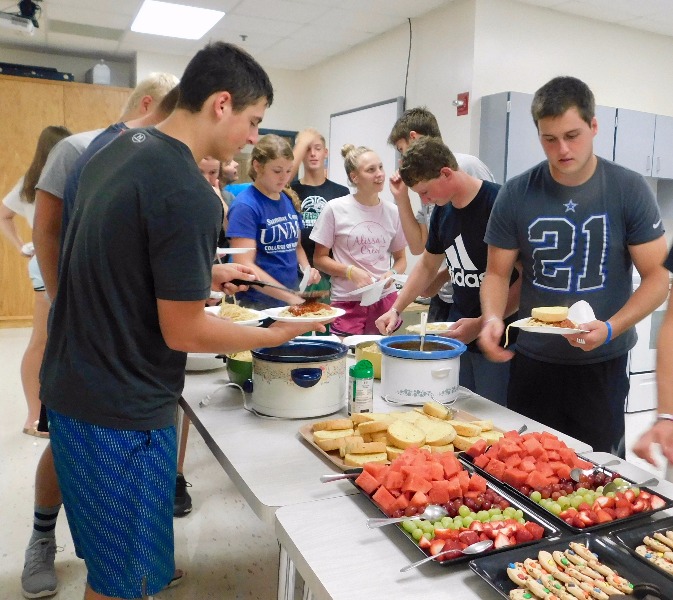 The Howells-Dodge FCCLA Chapter met on Thursday, August 17 at 7:00 p.m. at Howells-Dodge Consolidated Schools.  A spaghetti supper was enjoyed before the business meeting.  President Dax VanLengen called the meeting to order following the opening ceremony.  New members were welcomed.  Old business included congratulating the members on the National Runner-up FACTS Award the chapter received, announcing the FCCLA Fall Leadership Workshop on Wed., Sept 13 in Kearney, and discussing the Frozen Food Fundraiser.  Committees were made to design FCCLA T-Shirts and Rib Run T-Shirts. Members will meet for Adopt-A-Highway Clean-up on Tuesday, August 22 at 6:30 p.m.  Plans were made for the Rib Run and Face Painting on Sept. 9.   Dues are $13 and are to be paid to Jody by September 1.  Upcoming concession stands were discussed and members volunteered to work.  Chapter parents for the year are Brian and Amy Brester, Kevin and Chris Brester, and Keith and Linette Brester.  Chapter goals and projects were selected.  District Leadership Conference will be held on October 12 at CCC in Columbus.  Members volunteered for the conference shirt committee and the Creed Speaking contest.  District 5 STAR Events are Friday, Jan. 19 in David City.  The meeting was adjourned.  Door prizes were presented by Jordon Brichacek to Audrey Coufal, Desirae Haase and Brittany Cech. 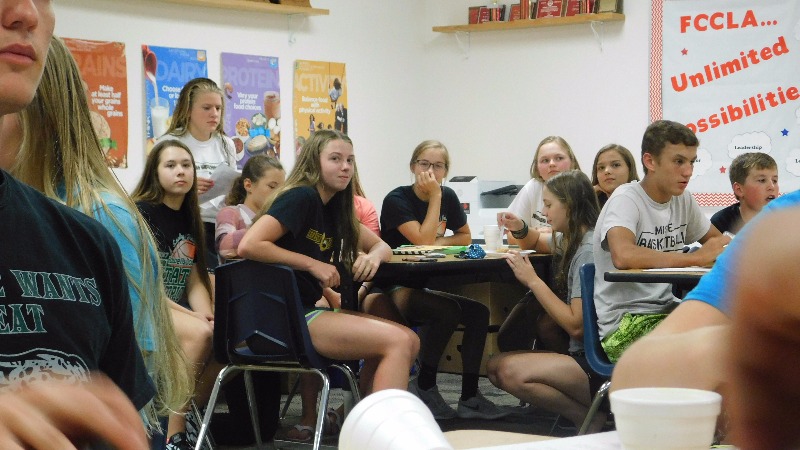 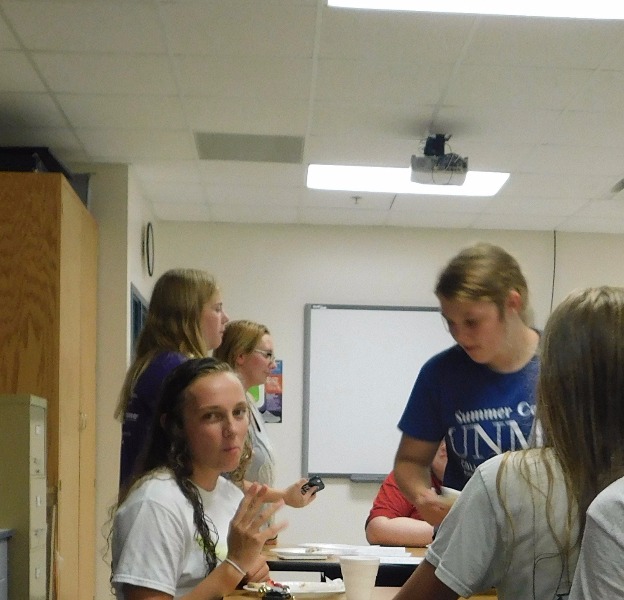