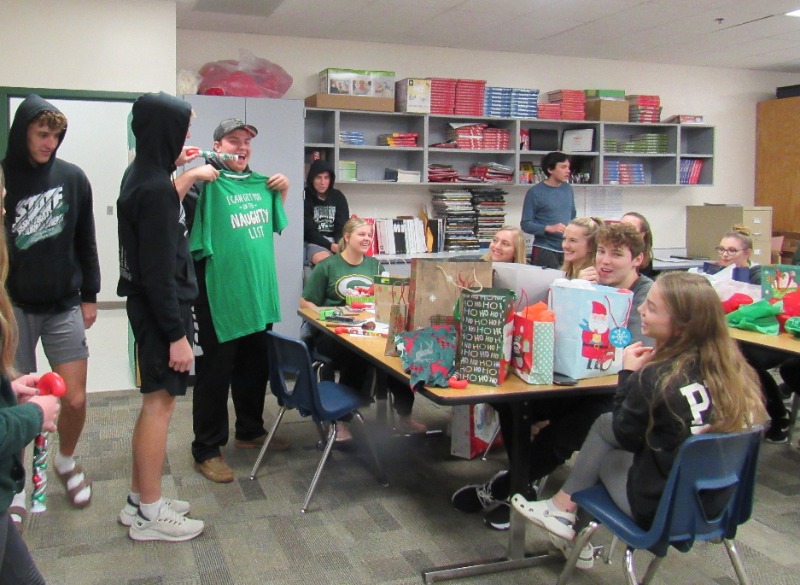 The Howells-Dodge FCCLA Chapter met for their December meeting and Christmas Party on Sunday, December 8 at 7:00 p.m.  President Kyle Pickhinke called the meeting to order following the opening ceremony.

Old business included thanking members for their help with the FACTS seat belt survey in November and work in the concession stand for the Howells Wrestling Tournament.  Also discussed were FCCLA Scholarships, applications for the State Peer Officer Teams or State Officer, Santa Letters project, the FCCLA Babysitting Service on December 14, and the FCCLA Food Drive that ends on December 16.  District STAR Events on January 29 in Howells were also discussed.

New business included reminding members to sign up to work in the concession stand for the Howells-Dodge vs. Clarkson/Leigh basketball game on Saturday, December 21 in Howells. Following adjournment, door prizes were won by Cassie Pieper, Kennady Schmidt and Ashlynn Throener.

Members enjoyed a secret member gift exchange following the meeting.  Snacks were provided by the juniors.  The next meeting will be on Tuesday, January 7, 2020. 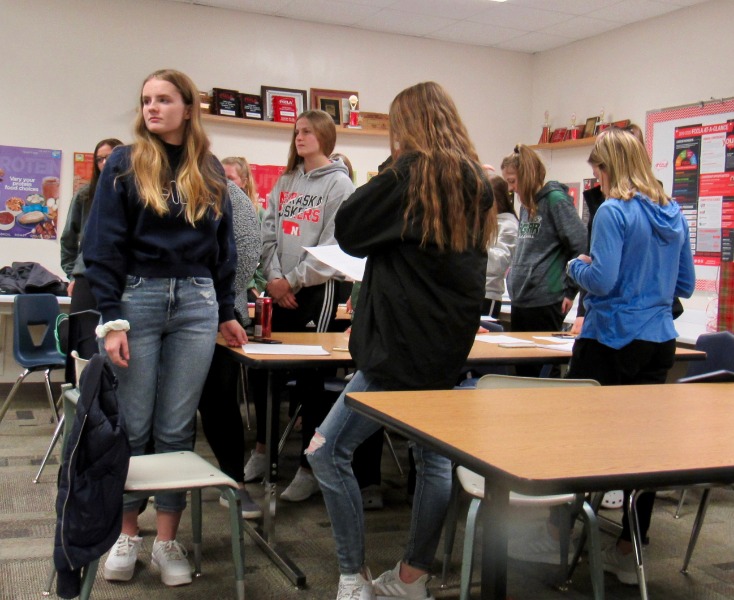 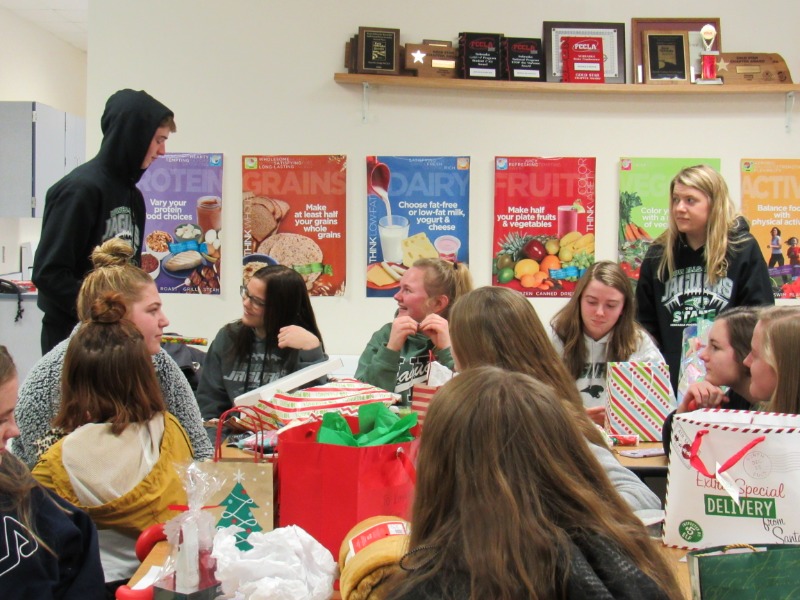