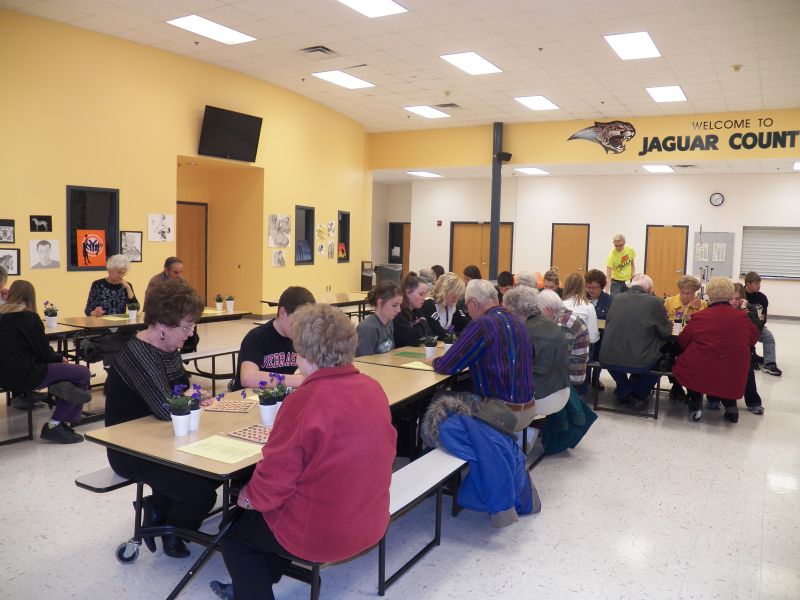 The Howells-Dodge-Clarkson FCCLA Chapter hosted a program for their adopted grandparents in the community on Tuesday, March 19 at 7:00 p.m. at the Howells High School Commons Area.  Howells President Haley Kampschnieder welcomed the guests and FCCLA members introduced themselves and their adopted grandparents.  Flower plants were given to all the adopted grandparents in attendance.  Prize winning Bingo was played.  Door prizes of potted tulip plants were won by Rosalyn Ritzdorf and Sharon Brichacek.  Desserts, lemonade and coffee were served.  Visiting and picture taking were done at the close of the evening. 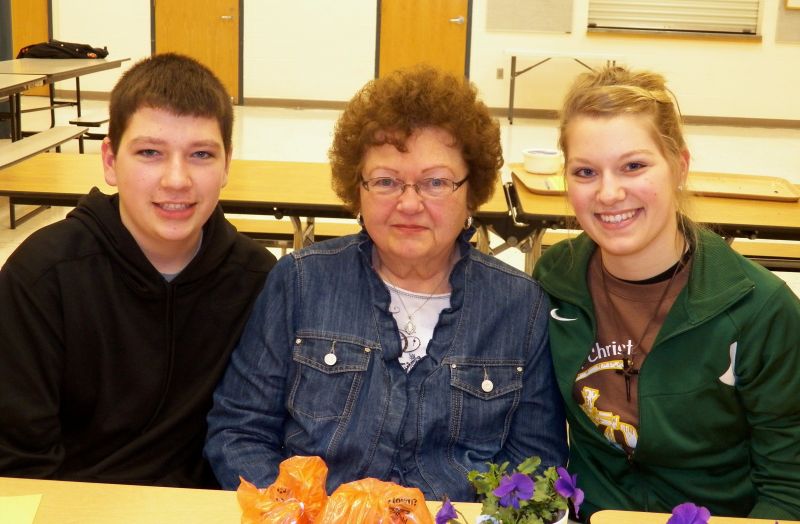 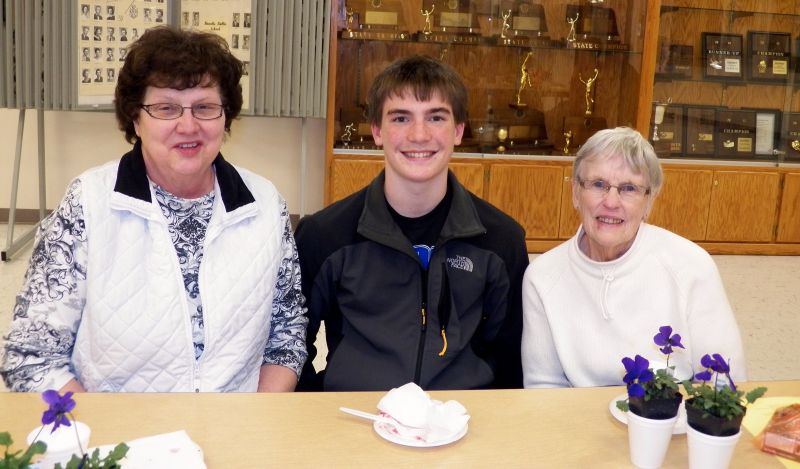