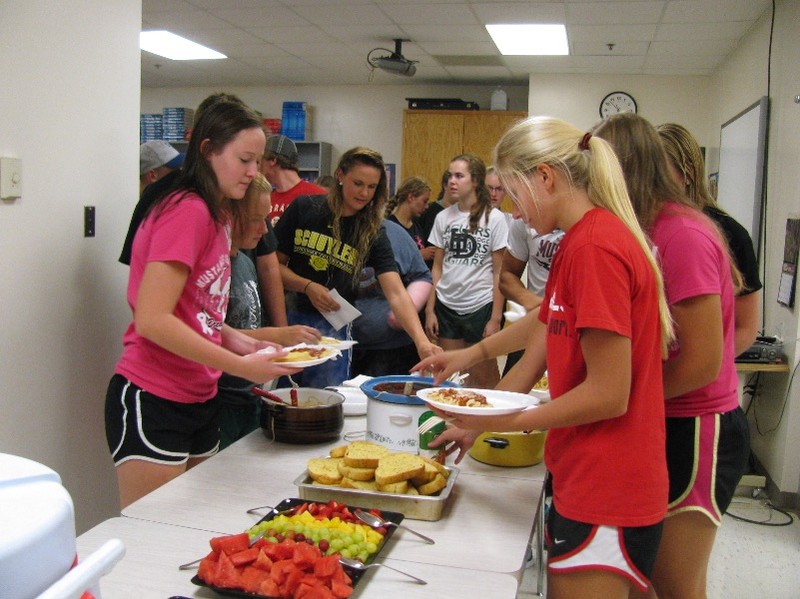 The Howells-Dodge FCCLA Chapter had a spaghetti supper and meeting on Monday, August 26 at 7:00 p.m. at Howells-Dodge Consolidated Schools.  The business meeting was called to order by Kelly Cech, President.  The officers introduced themselves and welcomed new members. Carter Bracht gave a State Officer Report.

The chapter discussed the Fall Leadership Workshop for officers on Friday, September 11 at Wayne.  The FCCLA Frozen Food Sales fundraiser will begin later in September and delivery will be on Nov. 7.  The chapter will be keeping record of fundraising sales, meeting attendance and work at FCCLA activities to earn chapter payment for fees for FCCLA contests and activities.  Chapter t-shirts will be discussed at the October meeting.

The chapter will be hosting the 5K Rib Run on Saturday, September 26 and members will be needed to help setting up the route, helping with registration, directing runners/walkers and working the finish line that morning.  Kelly Cech and Mallory Rolf will design the t-shirt for the run.

Members set the date for Adopt-A-Highway Clean-up.  It will be held on Tuesday, September 1 at 6:30 p.m.  State and national dues are $13 per member and should be paid by September 15 to Jody in the office.  Chapter parents for this year are Russ and Janet Cech, Darrell and Deb Hegemann and Delwin and Carol Hegemann.  The members discussed goals and projects for the year.

District 5 Leadership Conference is Tuesday, October 20 at CCC in Columbus.  The Creed Speaking and Poster Contests were discussed.  Carter Bracht and Mallory Rolf will be in charge of ordering wrist bands for the conference sessions.  District 5 STAR Events will be held on Wed., January 20 in Silver Creek.  The meeting was adjourned.  Door prizes winners were Luke Renter, Joey Kratochvil, Mitchell Prusa, Grace Dvorak and Tyler Brichacek. 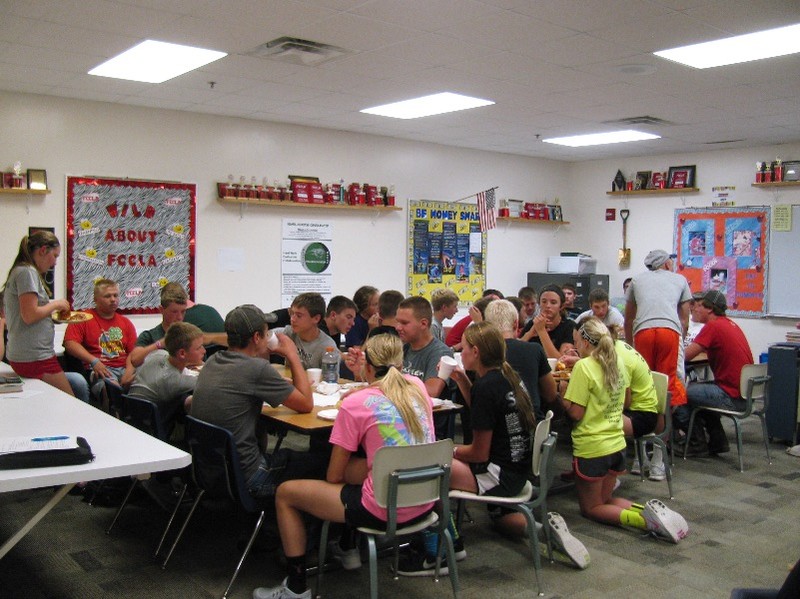 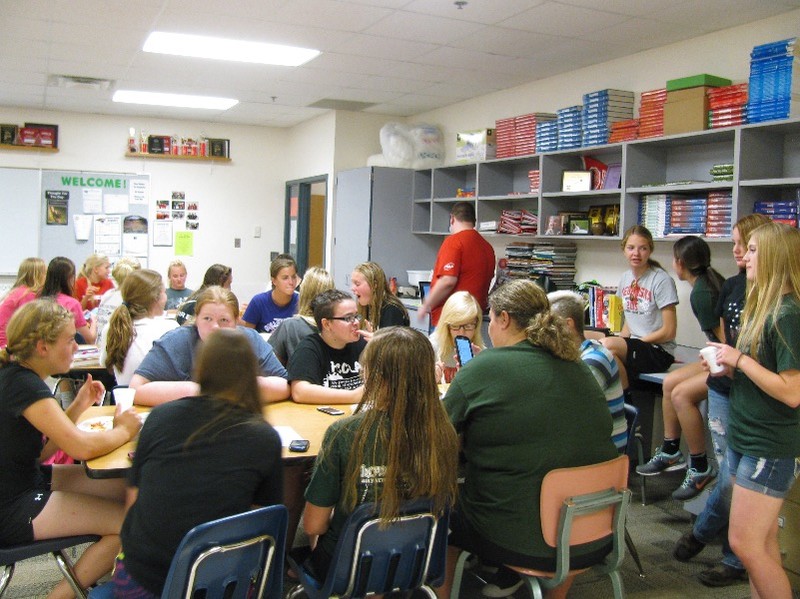