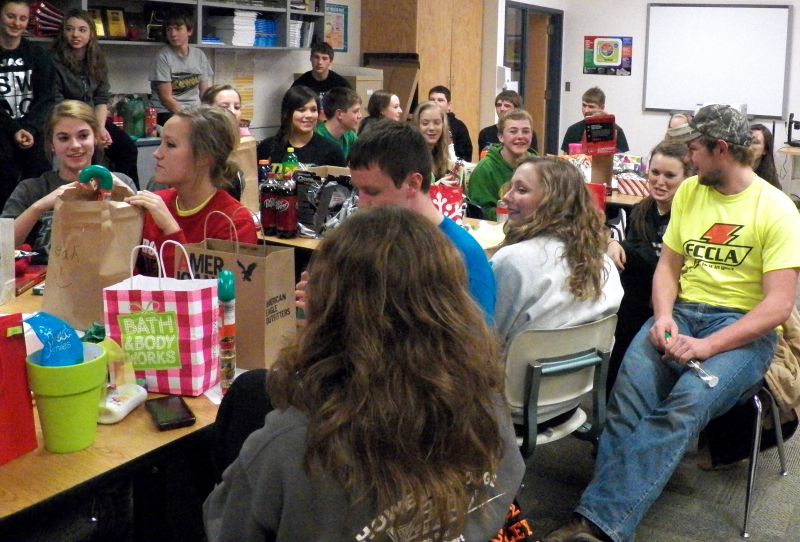 The Howells-Dodge-Clarkson FCCLA Chapter met on Dec. 3 at 8:00 p.m. for their monthly meeting and Christmas Party.  President Haley Kampschnieder called the meeting to order, following the opening ceremony.  The chapter will have the Concession Stand for the Dec. 14 basketball games with Lyons-Decatur Northeast in Dodge.  The FCCLA Babysitting Service will be held on Saturday December 15 from 8:00 – 4:00 p.m.  Scholarships are available for seniors and applications for State Peer Education Teams are due December 12.  Forms can be found at www.nebraskafccla.org.  FCCLA STAR Events are Wed., Jan 23 in Newman Grove.  Members were encouraged to work on their events.  Christmas treats for adopted grandparents will be delivered later in the month.  The chapter planned their Feed Nebraska Food Drive that will be held Dec. 10-21.  The high school class that collects the most items will win pizza, pop and ice cream on Dec. 21.  The business meeting was adjourned.  Door prizes were won by Erika Rupprecht, Casey Wisnieski, Leah Grovijohn, Justin Bazata, Trevor Blum, and Anna Grovijohn.

The chapter gift exchange was held.  Gifts were sent home for the Chapter Parents.  Lunch was served by the Howells-Dodge sophomores.  The next meeting will be held on January 10, 2013. 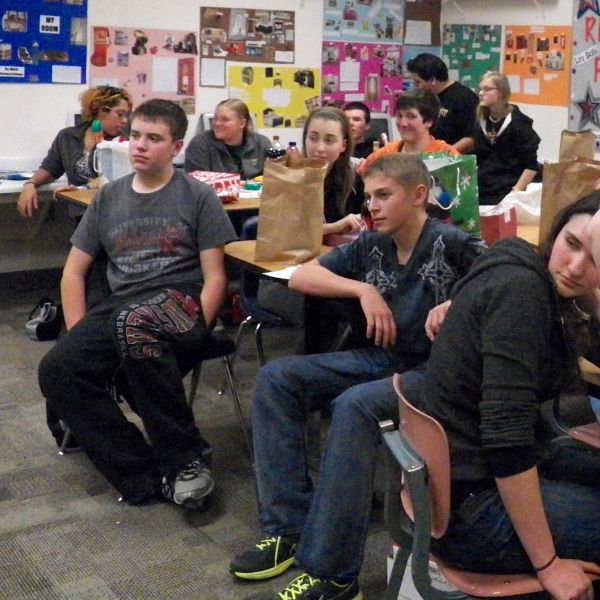 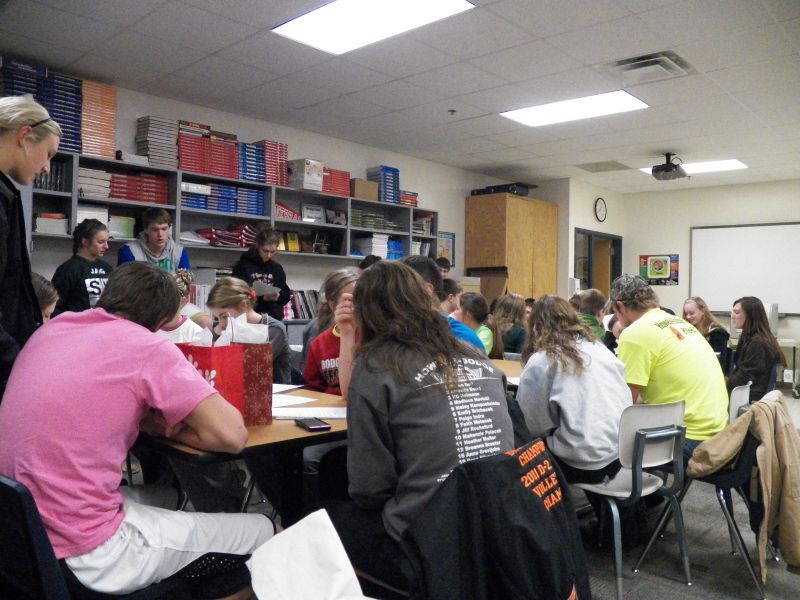