The Howells-Dodge FCCLA Chapter met on Thursday, October 5 at 7:00 p.m at Howells-Dodge Consolidated Schools at 7:00 p.m.  The meeting was called to order by Dax VanLengen, President, following the opening ceremony.  Members were thanked for their help with the 5K Rib Run, Face Painting at the Barbecue and Brew, Adopt-A-Highway Clean-up and concessions stands.

Old business included discussion about the District 5 FCCLA Leadership Conference on Thursday, October 12 at CCC Columbus Campus.  All members will be attending and will leave at 8;15 a.m. and return during 8th Period.  Members should wear their FCCLA T-Shirt and jeans.  Lunch will be provided.  Members were reminded about the Creed Speaking and Poster Contest.   The Adopt-A-Grandparent project will begin in October.

The Red Wheel Food Sales Fundraiser will begin on October 9 and orders will be due on October 23.  Delivery day is Saturday, November 4.  Members volunteered to work in the concession stand for the Howells-Dodge/North Bend Volleyball Game  on Tuesday, October 17 and for the Seat Belt Survey for Teens in the Driver Seat on October 10.  District STAR Events will be  on January 19, 2018 in David City and members were invited to sign up for events following the meeting.

The meeting was adjourned.  Door prizes were won by McKenna Klosen, Taya VanLengen  Darrin Pokorny, and Callie Jackson.  Lunch was provided by the seniors.  The next meeting will be held on Tuesday, Nov. 14 at 7:00 p.m. 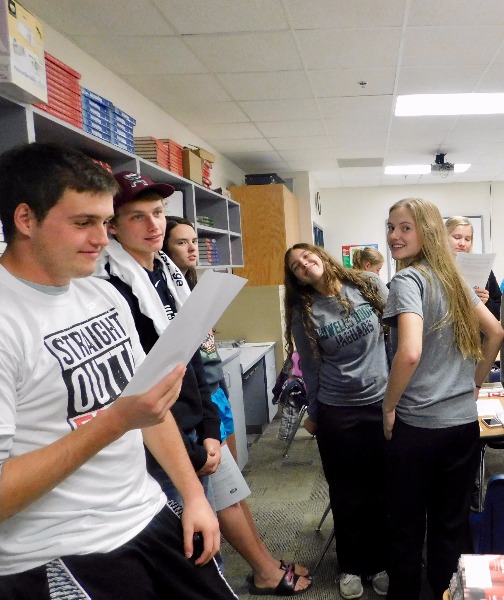 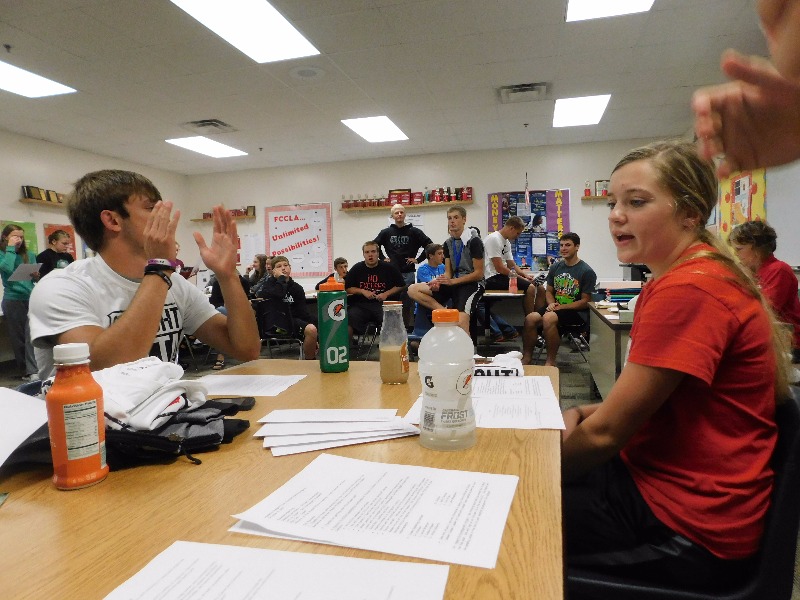