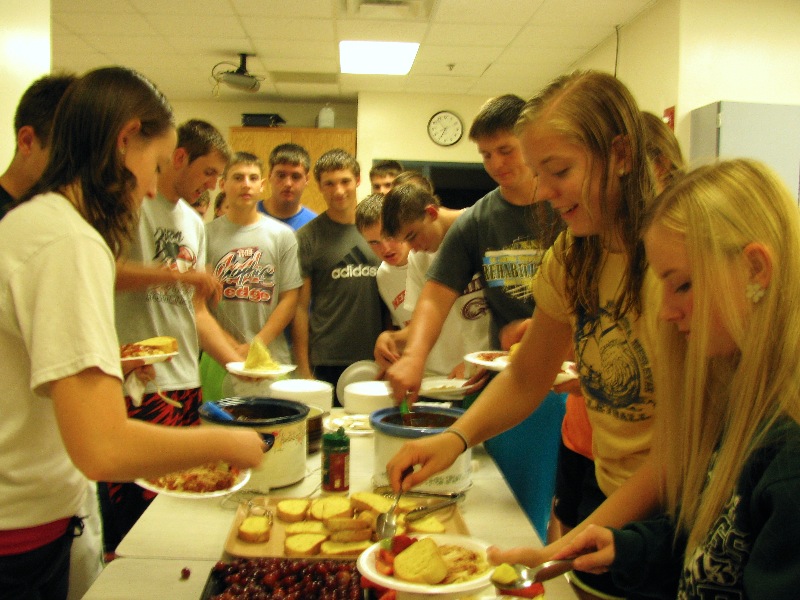 The Howells-Dodge FCCLA Chapter met on Tuesday, August 26 at 7:00 p.m. at Howells-Dodge Consolidated High School.  A spaghetti supper was enjoyed before the meeting.  Following the opening ceremony, President Morgan Baumert called the meeting to order.  The 2014-2015 officers were introduced:  District 5 President - Casey Smith,  President - Morgan Baumert, Vice President - Justin Evert, Secretary - Abby Coday, Treasurer - Faith Molacek, Publicity Chairperson - Hunter Nathan, Historian - Kara Brichacek, Power of One Chairperson - Nathan Kathol, and Recreation Chairperson - Kelly Cech.  The chapter was congratulated for receiving a national honor award from Teens in the Driver Seat.  The FCCLA Fall Leadership Workshop for officers will be held on Wed., September 10 in Lincoln.  The FCCLA Frozen Food Fundraiser will begin later in September and delivery will be on Nov. 8.  FCCLA T-Shirts were discussed and ideas for chapter shirts should be turned in by Tuesday, Sept. 2.  The chapter will be doing face painting at the Ribfest on Saturday, Sept. 6 from 3:00 - 5:00 p.m.  Adopt-A-Highway Clean-up will be held on Thursday, Sept. 4 at 6:30 p.m.  FCCLA dues are $13 and will be due on Sept. 17 and need to be paid to Jody in the office.  Each member must also fill out a membership form.  Chapter parents for the year will be Darryl and Deb Hegemann, Jerome and Karen Baumert and Russ and Janet Cech.  Goals and projects for the year were discussed.

District 5 Leadership Conference will be held on Monday, October 21 at CCC in Columbus.  The theme is "Branch Out With FCCLA."  The Junior Creed Speaking Contest for freshmen includes reciting the creed, white the Senior Creed Speaking Contest involves reciting and interpreting the creed.  Our chapter can have 3 entries in each division.  The poster contest includes three categories:  Promoting FCCLA, National Programs, and Conference Theme:  "Branch Out With FCCLA."  Sophomores or juniors interested in applying to be a State Officer Candidate should see Mrs. Prusa for more information.  A committee was formed to be in charge of the mixer for the Dsitrict Leadership Conference.

District 5 STAR Events will be held on Wed., Jan. 21 in St. Edward.  The meeting was adjourned.  Door prizes were won by Vanessa Hegemann, Haley Eikmeier, Alex Steffensmeier and Carter Bracht. 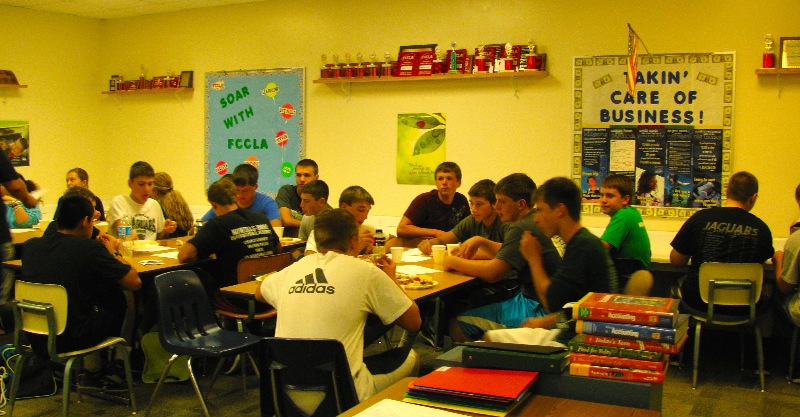 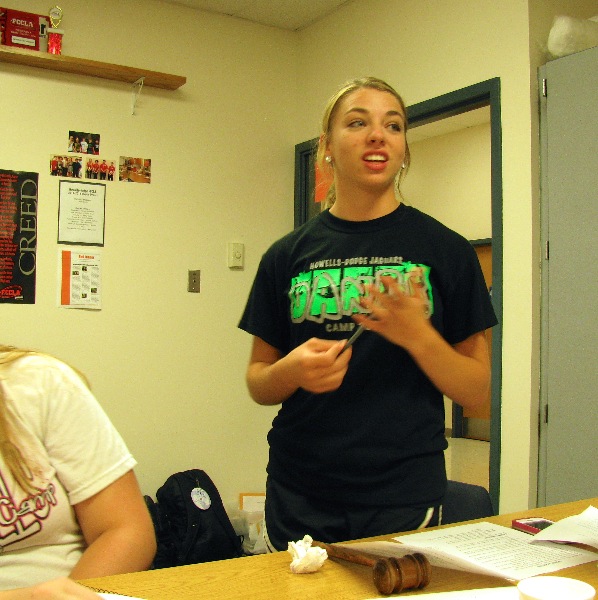